Benchmark your salary as a back end of full stack software developer with Node.js or the rates you are paying against the averages in different countries around the world

This blog constitutes a snapshot of data covering Node.js developer salary ranges and rates around the world. Benchmark your salary or the rates you are paying for back end and full stack developers with Node.js.

Can We Help You With Your Next Web Development Project?

High demand for software developers with expertise in the JavaScript runtime Node.js

Node.js developers in big demand with the JavaScript runtime one of the most popular choices for the back end development of scalable network applications and web development more generally. Its role as part of the JavaScript family of web technologies means it integrates particularly well with application front ends built on JavaScript frameworks and libraries like React, Angular and Vue.

That also makes the learning curve for Node.js less steep for those who already have experience with JavaScript and its front end frameworks if they wish to evolve into full stack developers. As a result, there are more full stack developers with JavaScript-centric stacks including Node.js than those with, for example, front end JS expertise and knowledge of back end alternatives like Java.

That in turn makes Node.js a popular commercial choice as software development project sponsors increasingly take the strategic decision to stick to JavaScript stacks where possible because they are easier to recruit for.

How does that supply-to-demand balance play out in the context of Node.js developer salary ranges?

In this blog, we will analyse the best sources for Node.js salary data on a snapshot of key international markets for software developers with expertise in the key back end technology, covering average salary ranges in:

If you employ software developers with Node.js skills via a nearshore IT outsourcing partner and want to benchmark the rates you are paying, you can add around 20% to the salary data for the region your developers are from. That’s around the average margin IT outsourcing companies aim for.

However, keep in mind that the specific rates you are paying are based on the level of seniority and broader tech stack and skills of the individuals working on your projects. That will influence if the rates you are paying would be expected to fall towards the upper, mid or lower points of the scale.

Europe’s largest economy, Germany is also second only to the UK as a market for software development talent. Software developers with Node.js expertise are therefore in high demand. The average Node.js developer salary range in the country falls, according to salaries data site gehalt.de, between €3272 and €4815 a month or €40,574 to €59,700 a year, though it can go lower and higher outwith the middle 50 percentile.

Particularly junior or senior Node.js developers would command salaries in the bottom and top 25 percentiles respectively. The Gehalt.de figures are based on almost 8000 data points.

The jobs portal de.talent.com estimates the average Node.js developer salary in Germany at the higher median of €5417 a month, or €65,000 a year. The average range given is between €4792 a month, or €57,500 a year and €6042 a month, or €72,500 a year. The de.talent.com data is, however, based on a smaller sample size of 34 salaries. Despite that, the higher figures line up better with our experience at K&C and probably better reflect the current environment as of August 2022.

Switzerland may not be as large a country and economy as neighbouring Germany but it is one of the world’s most successful high value economies. That’s reflected in Swiss salary levels being among some of the highest in the world. In that context, it would be expected that the average Node.js salary range in Switzerland is higher than in Germany. But by how much?

The Swiss jobs portal ch.talent.com puts the average salary for Node.js developers at CHF110,000 a year or CHF9167 a month. That currently converts to almost exactly the same numbers in euro with the Swiss franc worth €1.02 at the time of writing.

However, the same range is corroborated by the specialist developers jobs portal SwissDevJobs.ch, whose data for JavaScript developer salary ranges (a further breakdown of JS developers with Node.js skills isn’t provided), indicating a median salary of CHF100,000. The full range is also very similar, starting at CHF75,000 annually for the bottom ten percentile and rising to CHF122,500 in the top ten percentile.

Despite being a slightly smaller economy overall than Germany’s, the UK employs more software developers and IT specialists, making it the biggest tech jobs market in Europe. But does that add up to a higher or lower average salary range for Node.js developers in the UK compared to Germany?

However, another good source with possibly more up-to-date data, ITjobswatch.co.uk, puts the average UK Node.js developer salary at a higher £70,000 a year, or £5833 a month, based on 217 quoted salaries. The data also suggests year-on-year median salary inflation for Node.js developers of 16.67%, which puts these specialists in the enviable position of being ahead of real inflation levels.

Eastern Europe has traditionally been a popular nearshore IT outsourcing destination for higher salary economies from Western Europe. Large numbers of North American employers of software developers and other IT specialists have also been attracted to the region due to its attractive combination of lower costs and deep talent pool.

However, in recent years there has been a notable contraction in the costs gap with software developer salary ranges, especially at the more senior level, narrowing between geographies. The global shortage of software development skills, combined with the advance in remote work culture among employers during the coronavirus pandemic, has pushed developer salary levels up in generally lower salary economies.

The result has been a rise in the take-home salaries commanded by developers in many East European markets to close to the levels seen in the developed economies of Western Europe and North America.

However, despite that, employers can still make significant savings on salary-related taxes and social security contributions compared to hiring equivalent professionals in their domestic market. Property costs like rent and auxiliary expenses around running office locations are also generally much lower.

But the biggest incentive for employers to hire software developers in Eastern Europe these days is less cost savings and more the greater availability of the needed talent.

Eastern Europe is a broad region comprised of multiple countries. We won’t look at Node.js developer salary levels across all of them but data from the region’s two biggest IT labour markets, Poland and Ukraine, offer a good overview of what to expect.

The Polish jobs site Wynagrodzenia.pl puts the average salary for mid-level JavaScript experts, no breakdown is given for roles requiring Node.js specifically at PLN8180 (€1738) a month, or PLN98,160 (€20,859) a year.

Despite the ongoing war with Russia in Eastern Ukraine, the country’s well-developed IT services sector is still working well with Ukrainian software developers largely continuing to work, the majority for Western employers, from peaceful parts of the country.

Junior Node.js roles pay around $1000-$2000 a month and senior roles up to $6000-$7000+ a month. Those figures are in line with our current experience of hiring Node.js developers based in Ukraine.

India is of course the single largest IT outsourcing market in the world with Indian developers working for employers from all over the world. Like Eastern Europe, in recent years the gap has narrowed between the salaries expected by Indian IT specialists compared to their peers in higher salary economies. Again, that holds especially true at more senior levels.

Average Node.js salary range in the United States of America

Data from ZipRecruiter on the average Node.js developer salary in the USA is similar to that from talent.com at the mid to upper ends of the range, putting the average salary at an annual $114,062 and up to $152,500 for senior roles. However, the lower end of the range for more junior Node.js developers drops to a more realistic $70,000 per annum.

Hire the Node.js developers you need for your next project through K&C

Lean on our experience of recruiting Node.js developers and other IT specialists from nearshore markets for your next project. We offer flexible models from building and handing over your nearshore team to IT outsourcing with full delivery management and recruitment. 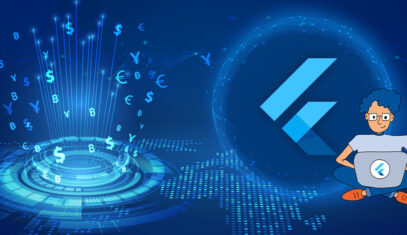