Benchmark your salary or the rates you are paying for software developers with Vue.js expertise by international location and level of seniority

As the third most-used JavaScript framework, Vue.js expertise is one of the most-searched-for skills in the tech stack of front end and full stack developers. Vue.js knowledge is also relatively common among developers who work with JavaScript frameworks. 51% of those surveyed by the most recent State of JavaScript report said they had used the framework in the past 12 months.

There is high demand from companies and other organisations around the world for Vue.js developers, either hired directly as employees or via third-party IT outsourcing and software and web development agencies. Many companies hiring software developers need to cast the net widely to secure the specialists they need, which increasingly means recruiting internationally. That raises the question of variations in salaries and rates around the world.

Despite the strong trend towards a levelling out in the salary ranges commanded by software developers and other IT specialists internationally, there can still be significant differences based on geography.

Can We Help You with Your Next Web Development Project?

Those variations in international salaries are also reflected in Vue.js developer rates via third-party providers, which are made up of salary and tax expenses plus an average margin of around 30%.

If you are hiring or contracting Vue developers, it is also important to note that expenses will also include tax obligations. Salary details quoted here are for gross salaries and employers must also often make additional tax and pension contributions. If you contract IT specialists via a third-party provider who is the direct employer, those additional expenses will also be built into the rates they offer.

There can also be a significant difference between how much a Vue developer earns based on their location and, more importantly, official residency. High-wage economies like Switzerland, Germany, UK and USA also tend to have more expensive tax regimes compared to lower-wage economies like those of Eastern Europe that are popular nearshore software development destinations.

Even if the take-home salary of a Vue.js developer in Poland, Romania or Ukraine is not drastically different to that of a peer located in Germany or the UK, lower tax and pension obligations mean the total cost for employers is usually significantly lower.

That is reflected in rates charged by third-party providers and means you have to look beyond the pure salary figures quoted here for a realistic approximation of what you can expect to pay for developers with Vue.

If you would like an accurate estimate of rates for Vue.js developers based in Eastern Europe and specific to the broader tech stack and level of seniority you require, please get in touch with us for a quote.

The figures below covering average annual and monthly salary figures for Vue.js developers in different countries around the world come from a variety of data sources, mainly major jobs portals or salary data specialists. In most circumstances data from different sources roughly match up but occasionally show significant divergence.

Where there is divergence, differences can often be put down to the number of salaries the data is based on. The larger the sample set, the more accurate it usually is. Data sources also base their data on different sources, such as whether salaries are taken from those published in job ads or self-declared via surveys. How fresh the original data is can also be a factor.

However, data from de.talent.com paints a slightly different picture, putting the average Vue developer salary at €70,000 per annum or €5830 a month. The data, based on a relatively small sample set of 43 salaries, puts the lower end of the range for less experienced developers with Vue.js at €62,500 a year or €5210 a month.

Well known as one of the highest wage economies in the world, what is the average Vue developer salary in Switzerland? Based on a sample set of 17 salaries, ch.talent.com estimates the median salary of a Vue developer in Switzerland as CHF110,000 (€105,500) a year or CHF9166 (€8836) a month.

The UK is Europe’s second largest economy but largest labour market for software developers and other IT specialists. Based on over 2000 salaries, itjobswatch.co.uk puts the average Vue developer salary in the UK at £57,500 per annum or around £4790 a month.

The jobs portal uk.talent.com estimates the median salary for a Vue developer in the UK at a similar £55,000 per annum or £4583 per month with the figures based on 341 salaries. The range is, however, narrower with the lower end starting at £42,500 a year or £3542 a month for more junior positions. The upper end of the range is given as £69,500 a year or £5792 a month. That is some way short of the £90,000 itjobswatch.co.uk’s larger sample size indicates can be commanded by the most senior Vue developers.

Eastern Europe is a hugely popular region for organisations from higher wage economies in Western Europe and North America to hire remote IT specialists from. Employers are attracted by a combination of a high average level of technical competency, cultural and (in the case of Western Europe) time zone compatibility and comparatively lower costs.

The region covers a significant number of countries, stretching from the Balkans to Ukraine and there is a level of variation in the depth of local labour markets for IT specialists and salary ranges.

We’ll look at figures for Ukraine (where the IT services sector has proven robust despite the active war against invading Russia in the east of the country) and Poland, the two biggest regional markets for software developers and IT specialists. Between the two, you will have a good overview of Vue developer salary ranges in the region.

Based on 97 salaries, pl.talent.com puts the median Vue.js developer salary in Poland at zł79,200 (€16,767) per annum. However, it can be presumed there is a bug in the system somewhere as that figure is, we can state definitively as we regularly hire frontend and full stack developers in Poland, far from accurate.

The Vue.js salary range in Ukraine is very similar to those commanded in neighbouring Poland though the median salary is slightly lower. Data from Ukrainian IT jobs portal djinni.co shows average monthly rates at around $3500 to $4000 (Ukrainian IT salaries are typically negotiated and contracted in USD) a month or $42,000 to $48,000 a year.

What does a Vue developer’s salary depend on?

All of the figures provided here for typical Vue.js developer salary ranges have been collated from the best data sources available in the respective countries we have covered. We update these figures approximately every six months to a year. However, with IT sector salary levels rising quickly as a result of squeezed supply due to high demand you can always click through to the sources provided and check for any changes.

The salary levels commanded by developers with Vue.js expertise is also very much dependent on their broader tech stack and particular professional experience. If you would like an up-to-date estimate of Vue developer salary and rate levels based on a defined tech stack and requirements get in touch. 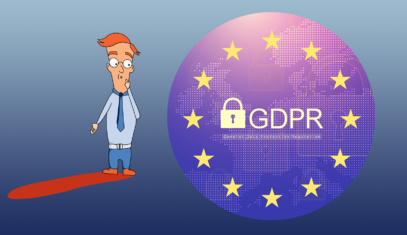 Navigating GDPR requirements in IT outsourcing – a practical guide

What are the types of IT outsourcing and why do you need to choose your provider based on your specific needs?